Emily Symons, who plays Marilyn Chambers on the popular soap opera Home and Away, made her debut in 1989.

With her 90s-inspired hair and attire, the actress is hardly identifiable in a mashup of Home and Away’s early opening titles that she uploaded on Wednesday.

The then-19-year-old is shown in the Instagram video having huge, wavy hair and looking stunning on the beach in a polka-dot swimsuit. She makes a corny grab for a beach ball while laughing as her name appears on television.

In a different image, Emily and Ray Meagher (Alf Stewart) may be seen working together to unpack a car near the shore.”Oh, such pleasant memories. Back then, Home and Away was SO amazing, said a viewer.
“I can well recall it. Feeling elderly!” a second chimed in.
“Oh wow. Another person added, “So many memories dredged up. 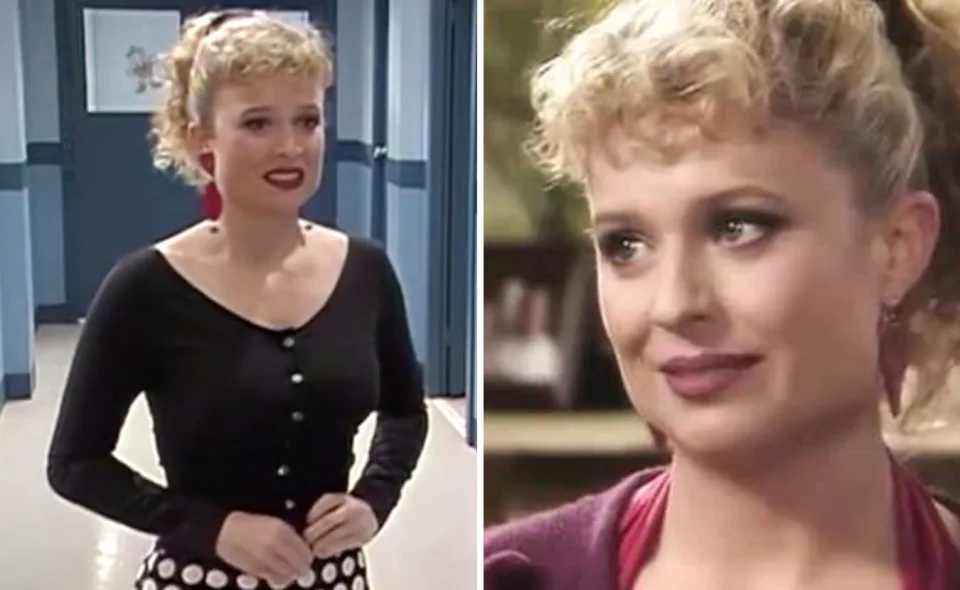 I used to enjoy listening to the theme music every night. Instead of the absurdly long recaps of everything we saw the day before, I wish they’d bring back the opening credits, a fourth person said.
Emily also shared her thoughts on a vintage video of herself and Adam Skinner’s (Mat Stevenson) character as a beloved couple.
What a great sight to see! Mat Stevenson, I love and miss you,” she wrote.
Mat retorted, “Miss you too, old pal.” 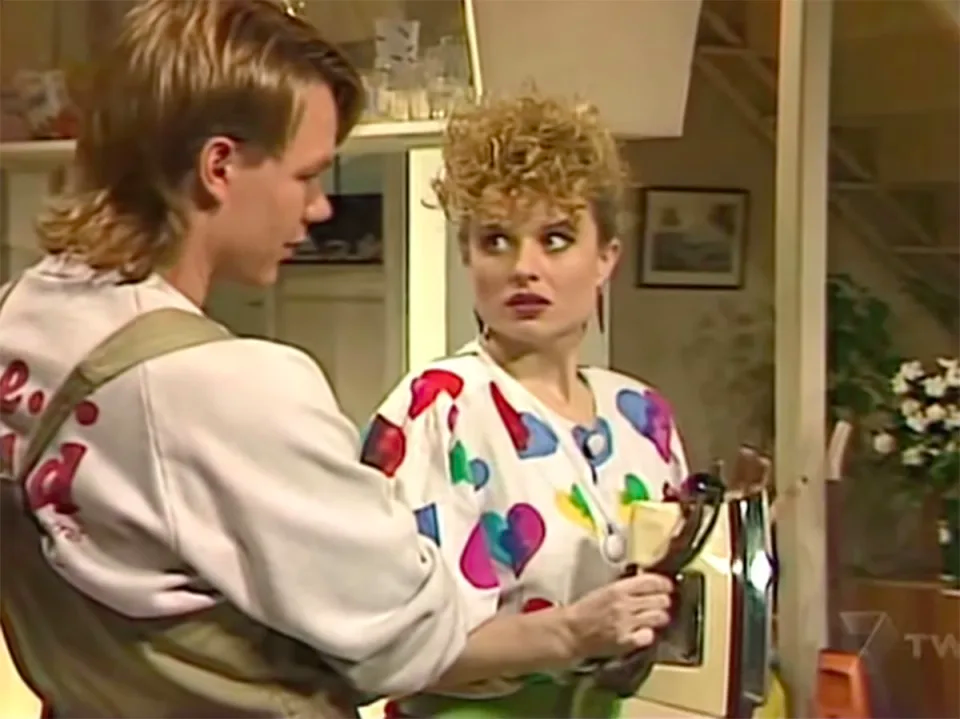 Despite the fact that Mat’s last appearance was in 1999, fans were enthralled by the interplay and demanded that the characters be brought back together on screen.
One supporter said, “I would love to see Adam back with Marilyn, she obviously needs a love interest.”
“I believe that revisiting Marilyn and Adam in the present would be fantastic. They used to function so well back then, and Maz seems to be drifting in terms of a life partner now,” a second person concurred.

“Adam had such a wonderful personality. Would be wonderful if he could come back someday, especially with Marilyn still there,” wrote a third.

Another person mused, “I wondered if it was feasible for Adam to have a daughter old enough to be the Head of ED, and whether it may facilitate an Adam return, when they announced that the new doctor’s surname was Cameron.