If at the moment, you get a sense of déjà vu watching Coronation Street, you are not alone.

As we head into the exciting 60th-anniversary celebrations of the show in December, we can not help finding some interesting similarities between the main storylines of 2020 and unforgettable plots from 2010 and 2000, two previous big milestone years.

If you throw your mind back ten years ago, in the build-up to Corrie’s 50th birthday, Natasha Blakeman’s dramatic departure storyline created some big shockwaves for the Platt family. In the years that followed, she was scarcely listed, but now she is back and creating ripples again for the beleaguered clan. 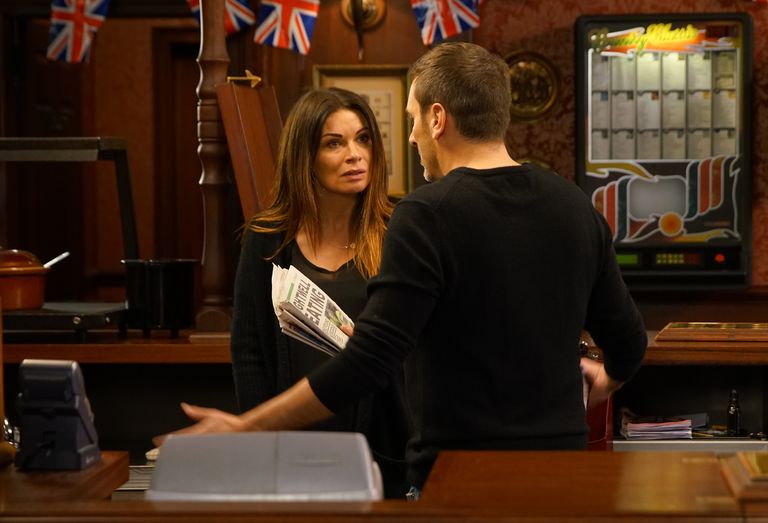 Peter Barlow also helped Carla Connor in 2010 during her alcohol addiction, which led her to misunderstand his relationship and make a move on him.

A familiar sound? With Peter offering help to Abi Franklin, who also got the wrong idea about their relation, we’ve seen a similar set-up recently. (Where Peter is concerned, it’s easily done, apparently.)

Although an affair between Peter and Abi has mercifully been ruled out, in the upcoming anniversary storylines, we have been told that they will take centre stage.

Ten years ago, we have watched the twists and turns of the affair between Nick Tilsley and Leanne Battersby ahead of their 50th anniversary. Today, a decade later, their friendship is still at the centre of focus but seems to be heading towards the breaking point in the storyline of Oliver’s disease. What a contrast a decade makes. 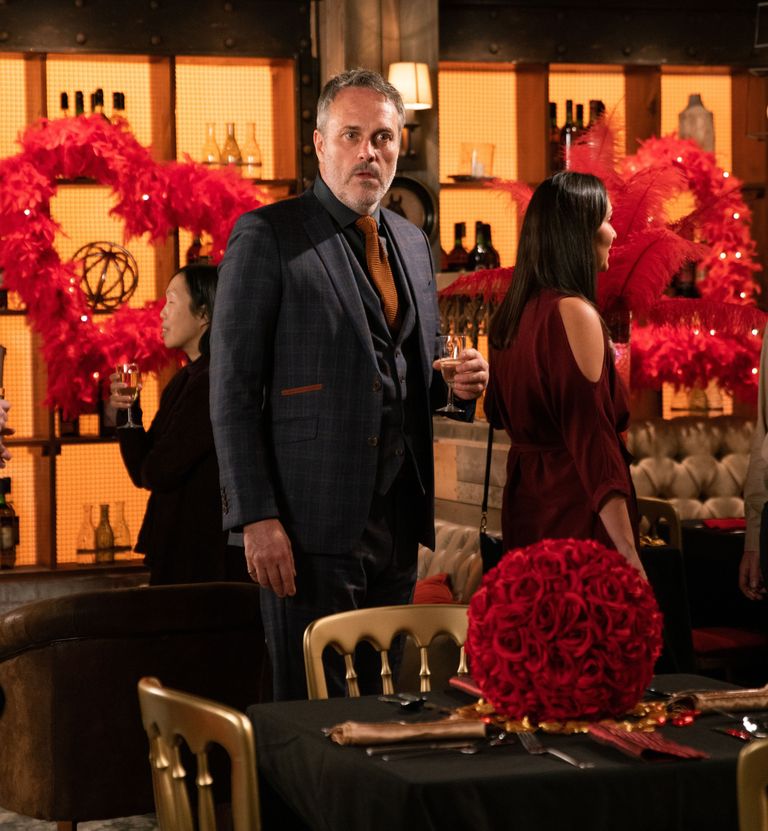 But with Ray Crosby’s brutal plans to buy the properties on Coronation Street, send in the bulldozers and build an expensive new building in its place, maybe the greatest throwback comes.

Ray’s masterplan is a mystery on screen at the moment, but will inevitably bring him into a confrontation with some of the longest-serving residents of the Street, sparking a classic David and Goliath-style tale of a small community that stands up for its own heritage and significance. 40th anniversary of Corrie, anyone?

Corrie’s 40th birthday back in 2000 was a more low-key affair than the big, dramatic dramas we’ve become used to for soap milestones.

Corrie broadcast a live episode to mark the occasion, but to keep the Weatherfield favourites on their toes, there were no fires, arson attacks or tram crashes. The major plot, instead, actually concentrated practically on the future of the cobbles.

The city council decided to carry the street into the 21st century by- gasp-laying asphalt over the famous cobblestones in a storyline that had begun weeks before.

The discovery left the inhabitants of the Street up in arms and they banded together with a Save The Cobbles movement to make their voices known, not wanting to sacrifice such a special aspect of their home.

In the live episode, council staff showed up to begin the transition, but a rota (that’ll teach them) came up with Ken Barlow and Duggie Ferguson so that protesters can block their path at all times. 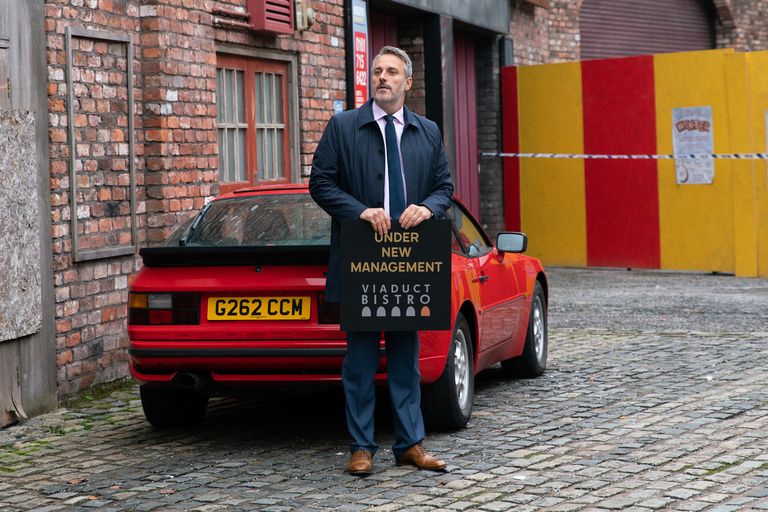 When the council applied for a court order that would grant the police permission to disperse the demonstrators, the situation led to a race against time.

Ken and co fought back by obtaining a preservation order from Northern Heritage, and a scheme was devised to fool the police with a hastily-printed-off fake one when it took too long to arrive. In Corrie only.

The people of the Street had triumphed by the end of the episode and Ken fittingly took centre stage with a rousing speech about group spirit.

Just before the credits rolled, Ken gathered in front of his neighbours, excited: “It wasn’t just the cobbles that brought us here today. It was a sense of tradition, of culture, and I’m proud of where I came from.”

All my life, I’ve lived here, I’ve seen a lot of people come and go, a lot of shifts, a lot of street dramas, like a lot of other streets where people live together.

“It’s just that I think something a little special about this one, and I know you all feel the same. So I want you to lift your glasses to Coronation Street with me and drink a toast.” 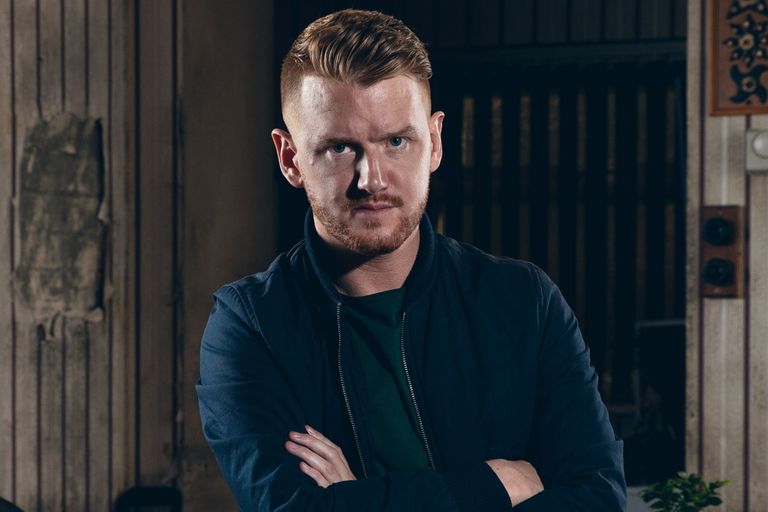 Hollywood spectacular stunt elements were included in the initial proposal for Corrie’s 60th-anniversary celebrations, but these were scrapped when constraints on COVID-19 came into play.

With big-budget stunts off the table, show bosses instead made the decision to concentrate on the community-based plot. Perhaps this is the greatest throwback of all, rather than upping the ante with ever-more-eyecatching explosions and stunts, returning the emphasis back to characters and the local community fabric.

Let’s face it, there’s probably not that much excitement here, because, after 60 years, nobody in the audience really believes that Coronation Street will be torn down.

Even so, what should be interesting is seeing how Ray and his ideas are torn down by the neighbourhood bands. Plus, we know that the A-Team can hopefully be involved in the fightback with Corrie icons Bill Roache and Barbara Knox back filming their roles as Ken and Rita.

Mark Frost, who plays Ray, has suggested that while they are powerful and unified, his scheming character underestimates the strength of the people of the Street, much as that annoying council did 20 years ago.

“Recently, Mark explained to Digital Spy and other media:” I think it’s probably in the community where he’s in most danger if any of those people get together and if any alliances are established. If you prod the group too hard, they’re going to get together.

“Ray ought to be the collective’s most afraid, and maybe it is in that Weatherfield spirit that he has so little regard for, that it will be his undoing rather than any entity.”

Let’s hope Ken has another rousing speech scheduled for the eventual victory of the Lane.

Home and Away spoilers: Does Theo have a dangerous stalker?

Home and Away spoilers: Does Theo have a dangerous stalker?